“Kanindo” is a word which Is used to describe a type of music which was locally done in Eastern province Some time back, where people could gather to dance to music crafted from hood made guitars, Drums & spiced up with some metal bars.

AlifatiQ Overdoze on its production adds such kind of rhythm 🪘 to make this record suit it’s title. Download & Enjoy! 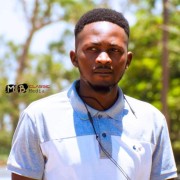